News to Use: Episode 1-8-21 Former Secretaries of Defense call for a Peaceful Transfer of Power

By Lou BrydgesFebruary 8, 2021Radio Shows, Youtube
No Comments
In the latest podcast edition of the Lou Brydges show, Lou discusses a press release from the 10 former living Secretaries of Defense who call for a peaceful transfer of power between President Trump and Joe Biden.
Follow the Lou Brydges Show Podcast on all major podcast streaming apps to get our latest releases.
We are the law firm Lou Brydges & Associates, fighting the Big Banks to fend off foreclosures for Consumers since 2009. The Consumer Advocate Hour offers educational information for consumers about the legal rights afforded to them as U.S. citizens.
The Consumer Advocate Hour is sponsored by:
Lou Brydges & Associates, PC: https://www.brydgeslaw.net/​
Chicagoland Consumer Advocates, LLC: https://www.chicagolandconsumeradvocates.com/​
Everyone in foreclosure or underwater with their mortgage is encouraged to seek legal counsel for a review of you specific situation. Lou Brydges & Associates proudly serves the following counties in and around the Chicagoland area: Cook, DuPage, Kendall, Kane, Lake, McHenry and Will. Call today for a free consultation: (847) 680-6250.
Music Credits Song: For What It’s Worth by Gil Michaels
Music Licensed by Harry Fox Agency for Permanent Digital Download and Interactive Streaming:
LICENSE NOS.: 1182360545 & 1182364191
LICENSE DATE: Jul 15, 2013
WRITERS: STEPHEN STILLS
PUBLISHER: WARNER-TAMERLANE PUB CORP.
“For What It’s Worth” is a song written by Stephen Stills. It was performed by Buffalo Springfield, recorded on December 5, 1966, and released as a single in January 1967; it was later added to the re-release of their first album, Buffalo Springfield.

or fill in the form below to get your free consultation regarding your specific situation so we can see how to help you. 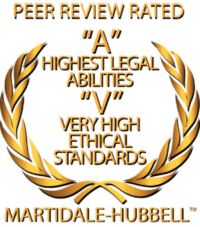 This website is for informational purposes only and does not provide legal advice. Please do not act or refrain from acting based on anything you read on this site. Using this site or communicating with Lou Brydges & Associates through this site does not form an attorney/client relationship. This site is legal advertising. Please review the full disclaimer for more information. (Full Disclaimer)